Last Saturday I travelled to Melbourne for the Caulfield Model Railway Exhibition.The exhibition was held at Caulfield race course. The venue is easy to access by public transport. I took the Frankston train from Southern Cross station to Caulfield without a hitch.  I had a great time at the exhibition and stayed for pretty much the whole day.

There were 73 stands at the exhibition this year. There were about 30 layouts ranging from N scale to Lego Gauge. Commercial stands were of course well represented. The commercial stands of most interest to me included Auscision, Austrains, Blue and Gold Models, Brunel Hobbies, Eureka, Model Etch, Orient Express Model Shop, Pallas Hobbies, Runway 13 from Canberra, SDC, Southern Rail Models, and Train World.

Of the layouts, the following took my interest:

Ardival (Scale 7, O scale) based on Findhorn near Inverness in Scotland in the 1870s. Whilst the prototype ceased running in 1869, the layout represents the continuation of the Highland Railway past that time. Scale 7 uses exact scale wheels which are also beneficial for small wheel-based locomotives on a model railway layout. 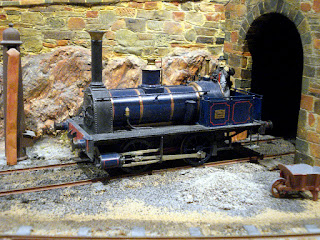 Beaufort (HO scale) represents a town mid-way between Ararat and Ballarat in Victoria. The layout runs trains in the period 1950-1995 which gives plenty of variety throughout the day for the public. The layout runs mostly commercially produced locomotives and rolling stock of Victorian and modern-era prototypes. The layout uses Digitrax DCC and is integrated with a computer interface using JMRI. 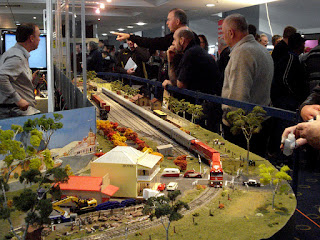 Beaufort also featured a very nicely modelled vineyard and winery; a scenic item that I have not seen before but which was very well done. 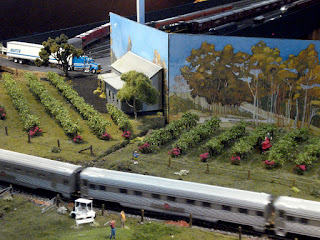 Benalta (HO scale) represents a fictitious double track location in north-east Victoria. The layout also runs a variety of locomotives and rolling stock featuring Victorian Railways, NSW railways and National Rail. One interesting feature of Benalta is the relatively low height at which the layout is exhibited, something that has good and bad points depending on one's point of view. 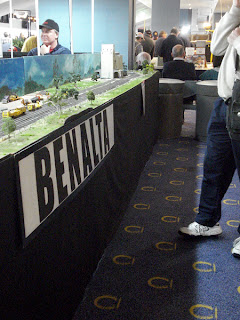 Brani Gate (HO, Union Pacific) made the trip to Melbourne from Canberra. A feature of this layout is the lighting that changes to represent different times of the day. The layout is DCC controlled using the NCE system. The layout height for this layout is higher than Benalta to give an "eye level" perspective of the moving trains. 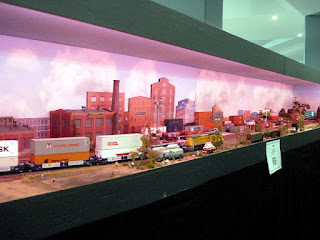 Coliban Valley (HO scale) represents a fictitious town in rural Victoria on a double-track main line with a short branch line. The layout is operated using DCC and also featured a loco with a small camera on its nose for a driver-like view on a TV monitor.

Eurobahn (HO scale, European) was a classic exhibition-style layout with great scenery and a long expanse of main line to showcase a variety of European trains. Trains from many European countries were featured which added to the variety and interest in the layout. The layout was exhibited by the European Model Railway Association. 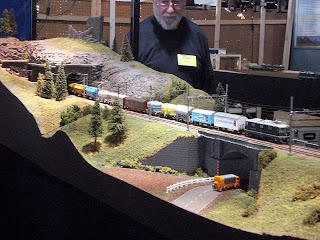 Ettamogah (HO scale) was my favourite Australian layout on the day. The layout featured the modern Ettamogah container terminal just north of Albury (NSW) on the Main South line. The layout also featured the dual carriage Hume Highway with what looked to me like Faller highway paper. And just like the real Hume Highway, there were plenty of monstrous trucks about. Ettamogah container terminal uses Australia's only Cargo Sprinters and the two of them had been nicely scratchbuilt and operated on the layout. Good use had been made of the recently available HO scale card containers. A nice trick was the placing of card containers (with the floor cut out) over the top of the more expensive plastic containers in open wagons to create the illusion of added variety. 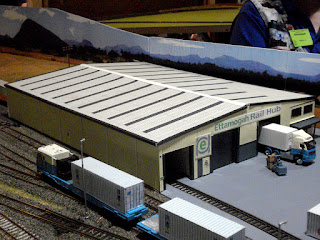 Evershot (00 scale) was one of my favourite layouts of the day. The layout was set in Dorset in England during the Second World War and just afterwards. The layout was beautifully detailed and depicted a small rural town and railway station as well as a (non-prototypical) narrow gauge line. The town scene was well crafted and certainly gave a good representation of an English country town.A useful feature was the stand on one corner of the layout with a four page leaflet giving more detail about the area the layout was based on and the layout itself. 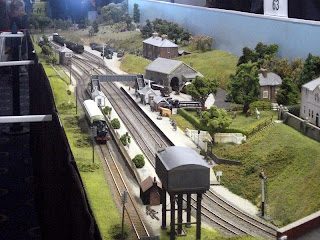 Gippsford (O scale, 1/4" to the foot) is a VR layout based on Nyora and Stratford in the Gippsland region of Victoria set in the 1960s and 1970s. The layout is operated by DCC. A feature of this layout was the twin rows of high intensity LED lighting used to illuminate the layout. 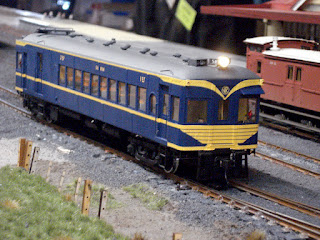 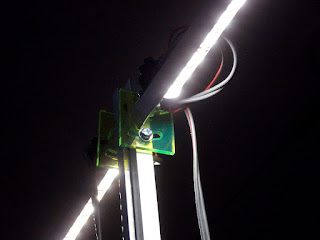 Leafy Bay (HO scale) is a small layout featuring Victorian prototype. It represents an imaginary Victorian seaside town. A feature of this layout is the fiddle yard that uses a sector plate for bringing trains on and off the layout. 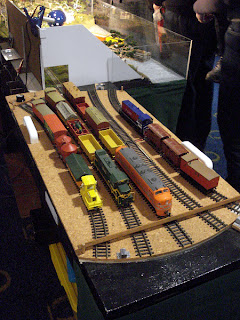 Southern Glory (OO scale, British) was also a fantastic model railway layout. The layout was a small shunting layout based on the Southern region of British Rail in the period 1959-1964. The detail on this layout was exquisite. The layout used DCC for operation. A three road fiddle yard off-scene completed the layout. The overall length of the layout and fiddle yard was just over 2 metres, giving hope to modellers looking to find a potential layout in a limited space. The layout was very well presented that only added to the neat appearance of the layout. 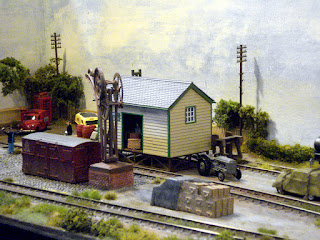 Tanoden (N scale, Japanese) was in a similar vein to the previous layout Enoshima (featured in recent issues of Continental Modeller magazine) from Doug Coster. The layout featured a highly urbanised Japanese city district with both trams and trains, including the bullet train of course. A monorail is also in attendance for those commuters seeking another form of urban transportation. 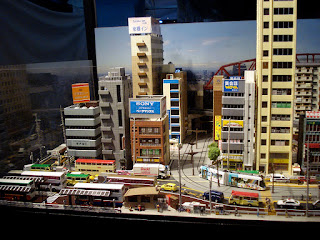 Victoria Bridge (HO scale) from the Waverley Model Railway Club in Melbourne represents a Victorian double-tracked mainline with a country station and yard on one side and a delightfully modelled bridge featured on the other side. The layout is nicely detailed with typically rural scenery and infrastructure. A good variety of Victorian locos and rolling stock were on display, ranging from the H class steam loco to modern era X class diesel locomotives. 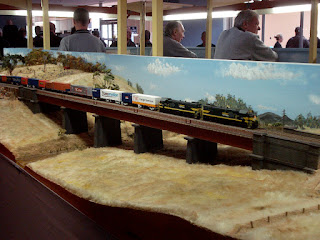 I cannot complete the selected layout itinerary without mentioning the Epping (NSW) club's Berowra Brisbane Waters which made another exhibition appearance, albeit a first for this exhibition at Caulfield. I understand the layout's trip to Melbourne was sponsored by Austrains; a great way to help showcase layouts from interstate that would not ordinarily make the journey.

I had a very enjoyable time at Caulfield and it made my trip from Canberra well worthwhile.
Posted by Brad H. at 19:47 2 comments: