I was very pleased to hear that former Canberra resident and railway modeller Rob N. has decided to start a blog about the construction of his HO scale home layout based on Wagga Wagga in NSW.

Rob is well known to most modellers in Canberra through his former association with the ACT Model Railway Society and the Yendys layout. He has since left the capital to the quieter life in rural NSW, but on the Main South Line!

Rob has amassed a huge amount of information about Wagga Wagga and its industries, as well as nearby towns served by the railway. Rob also has a fine collection of photos from the last 30-40 years which he can draw upon as his layout progresses.

The blog is called Building Wagga and I highly recommend it to you. Rob will, naturally, have to explain why building Wagga was not called building Wagga Wagga! I understand that the locals down that way like the double Wagga version over the single Wagga. Nevertheless, I expect that Rob will provide some very interesting and useful modelling tips as he progresses through the stages of building a large home layout.

The 2017 Epping Model Railway Club's exhibition at the Thornleigh Brickpit Stadium was on again over the June long weekend in Sydney. I was there on the Saturday and enjoyed the day immensely.

There were about twenty layouts on display with one layout being a real surprise. About 25 trade stands were also in attendance to help railway modellers part with their money!

Here are some layouts that caught my eye.

The big surprise was the layout, Southern Highlands (NSW, HO scale), which is an updated version of the late Rodney James' layout Exeter. Southern Highlands is owned by Warren Herbert and Rohan Fergusson. Exeter had previously been exhibited only once before, in Brisbane, so this layout appearing again at an exhibition was a real bonus. Watching long trains meander through the scenery was quite the railfan's delight. 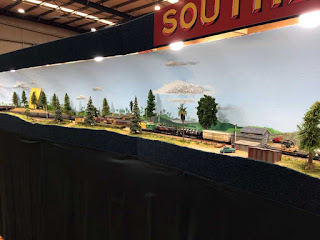 A-Tractiv Effort (NSW, HO scale), in its protective perspex encasing, showcases some superb suburban structures within a railway environment. This layout represents a fictional location on the Short North with the replica buildings coming from actual structures in Newcastle and Lake Macquarie. The reliable H&M Duette remains the power source for this DC layout running trains in the period 1980-95. 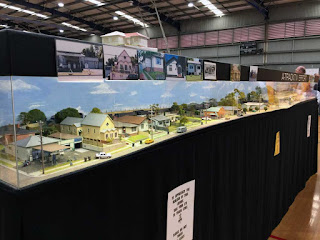 Mango Mango (On30) was a new layout from Geoff Small representing the 2' cane railways of northern Queensland. The layout is freelance but effectively conveys the impression of narrow gauge sugar cane railways in the Queensland tropics. Geoff added some nice scenic touches and a bit of whimsy to this layout which just made the layout all that more appealing. 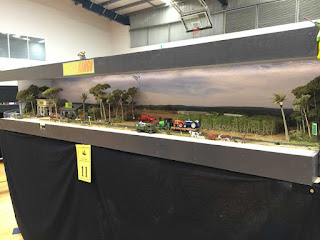 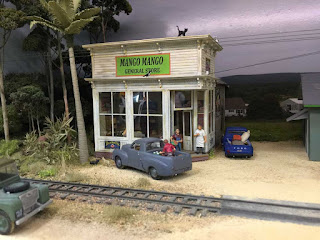 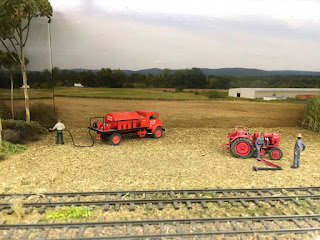 Western Rivers (NSW, HO scale) is a model railway based on Menindee on the Darling River in far western New South Wales. This layout had some terrific features such as the waterways, the paddle steamer "Adelaide" (the prototype of which was built in Echuca in 1866 and which still operates as a tourist attraction) with smoke billowing out from its funnel, and a great mix of bush sounds that made it feel you were out bush rather than inside a suburban hall. 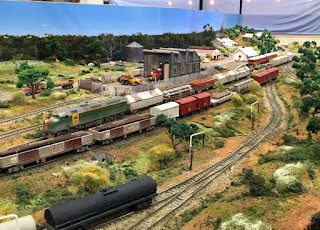 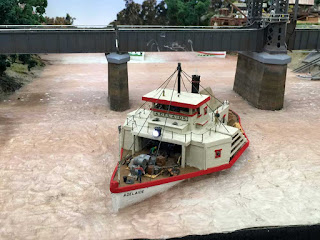 Smugglers Cove (USA, On30) made another exhibition appearance and never fails to impress. The layout is the work of the late Geoff Nott and Michael Flack based on a New England theme from the northeast of the United States. Amazingly, the majority of the wonderful buildings were made of card. This layout is truly brilliant. 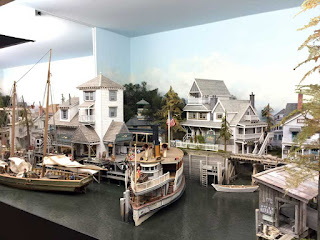 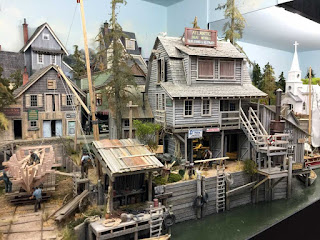 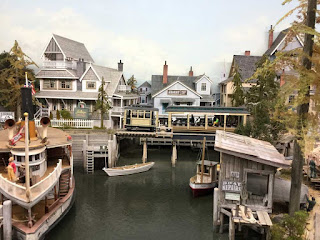 Binalong (NSW, HO scale), from the Epping Model Railway Club, made another exhibition appearance too. This layout is also a quality layout that showcases some fine modelling. Watching a sound-equipped lash-up of diesels or a thundering 57 class with a long rake of freight wagons traverse the length of the layout is quite a sight. 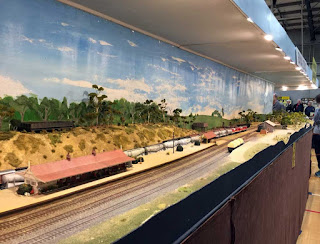 Mungo Scott (NSW, HO scale), from the Sydney Model Railway Society, was also making another exhibition appearance. This layout is based on the Mungo Scott flour mill near Lilyfield in Sydney.
It is good to see that a part of Sydney's industrial history is represented by this layout. 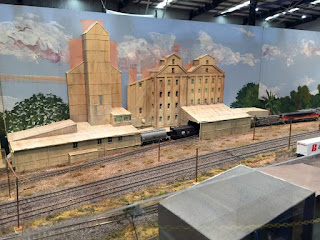 Jay Dubyew North Yard (HO scale) was a US-themed industrial switching layout from the Platform 1 Model Railroad Club. The layout is only 3m x .3m in length, including a small fiddle yard, proving anyone can find the space for a model railroad. Platform 1 showcases micro layouts, especially Inglenook designs. 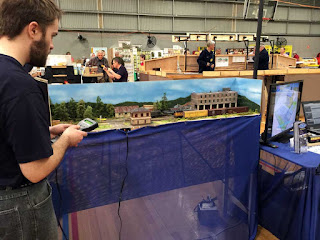 Sandford (British, N scale) was a nice little layout showing a fictitious location on the East Coast railway line between York and Newcastle-Upon-Tyne. A good range of model trains, representing the period between 1946 and 1966, kept the punters happy. 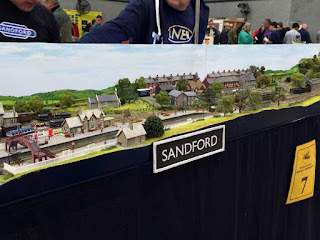 Another well displayed small model railway was the N scale NSW layout, Dunblurtin, based on a fictitious location in the Southern Highlands of NSW. Strangely, the station name board spells the town name Dunblertin! 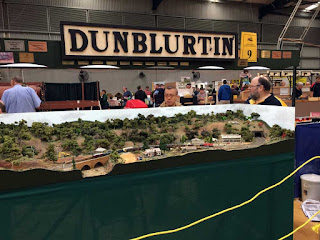 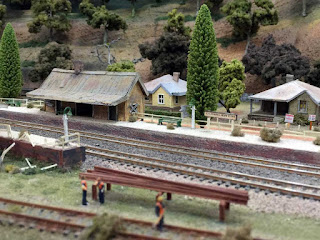 The Beach (NSW, N scale) represented a fictitious coastal village with a very appealing townscape, a jetty jutting into the sea, and general scenery that made me reminisce of my coastal holidays as a kid in the late 1960s. 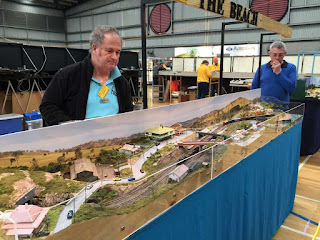 Tarana (NSW, N scale), exhibited by the Georges River Model Railway Club, made another exhibition outing at Thornleigh. The layout is based on the station of Tarana on the Main Western line approximately 200km by rail from Sydney. 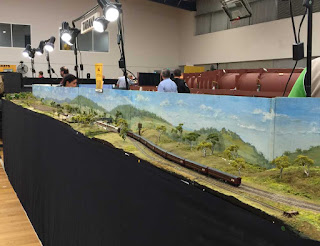 And once again, the popular Lego layout was on display to entertain the kids. 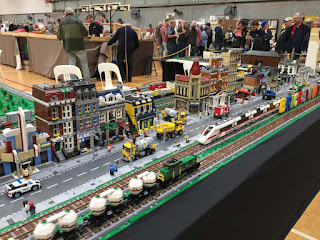