The Canberra Model Railway Expo is over for another year. The 2015 expo was a very enjoyable exhibition. The event was well organised with good parking (special thanks to the volunteers on duty all weekend), a great variety of model railroads scattered throughout the school, and just enough commercial vendors to keep me within budget (hey, my wife may read this!). Special thanks to Ian from Micro Models Hobbyland at Hornsby and Gary from Model Railroad Craftsman at Blacktown for ferrying some goodies to Canberra for me. In addition, catching up friends and fellow railway modellers was also part of the terrific weekend experience.

There were 25 layouts on display according to my count. I saw them all and this time I spent much of my time looking at the detail in the scenic displays. This included the natural vegetation, the industries and other buildings, as well as different cameo scenes. The hobby of railway modelling is indeed a very creative pursuit.

Now, before we get into the photos from a sample of layouts, let me confess that the camera I used today is a very old point-and-shoot because I have "misplaced" the other 2014 camera. I am still searching the house for that camera and hopefully I will find it before next year's Canberra model railway Expo!

And now some detail shots that I quite like from a selection of layouts: 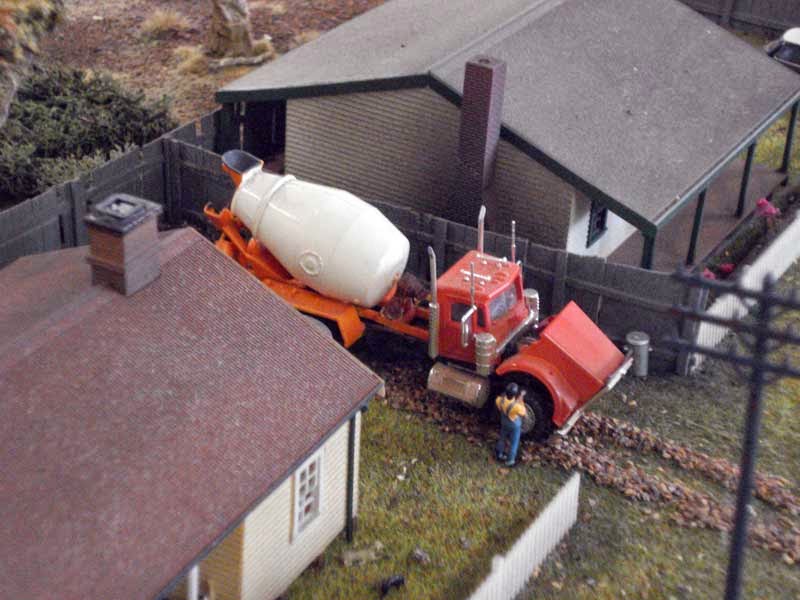 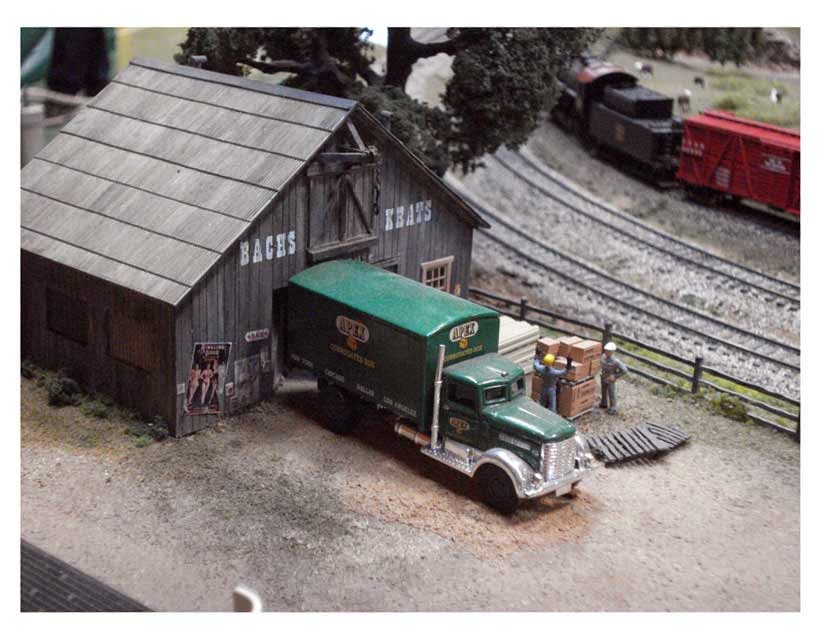 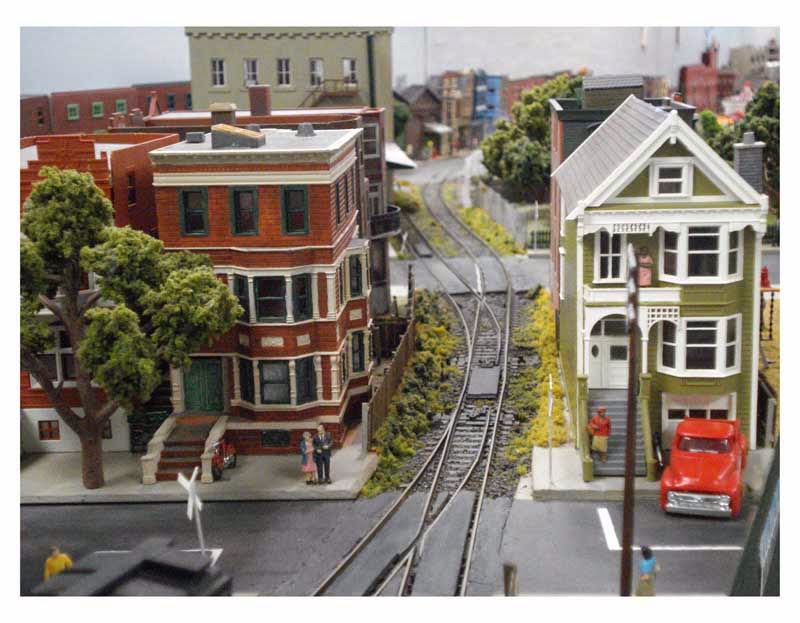 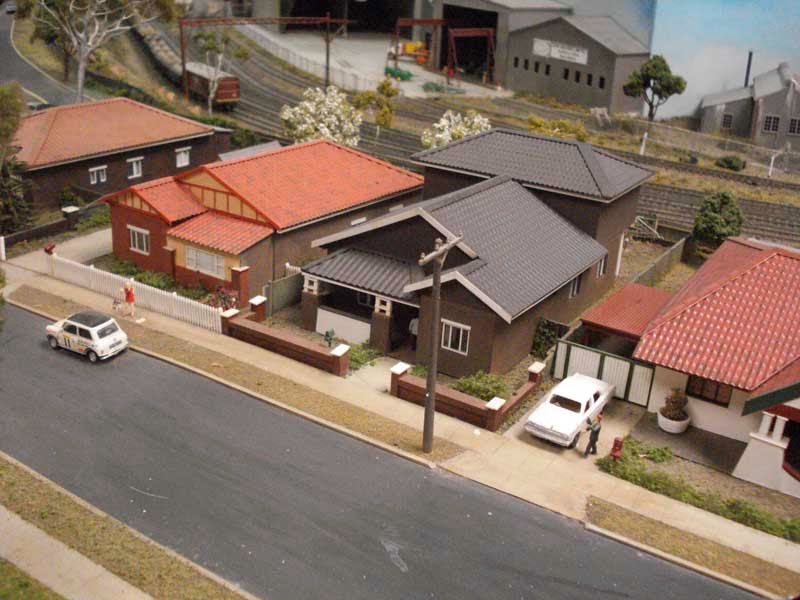 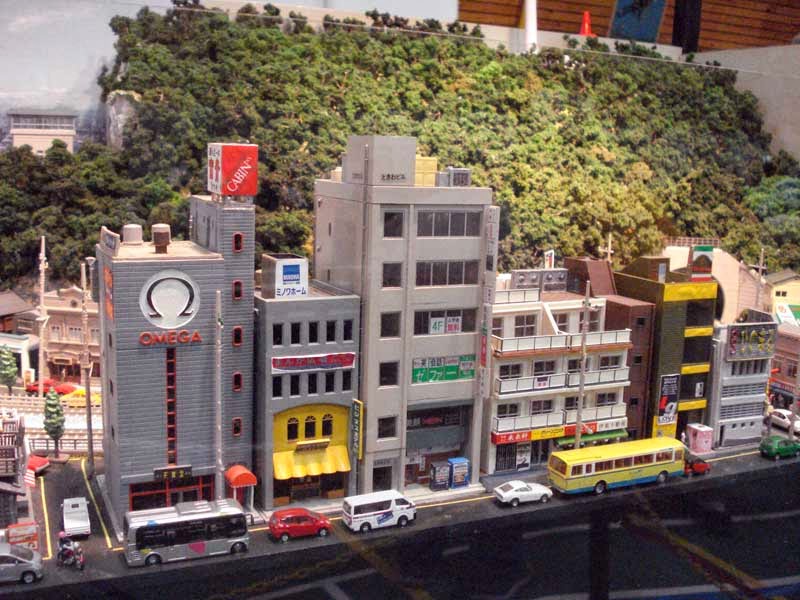 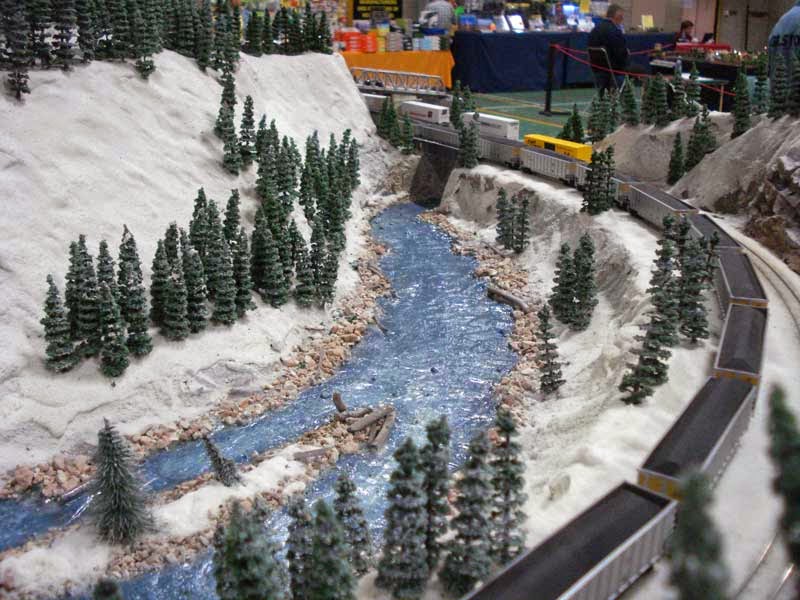 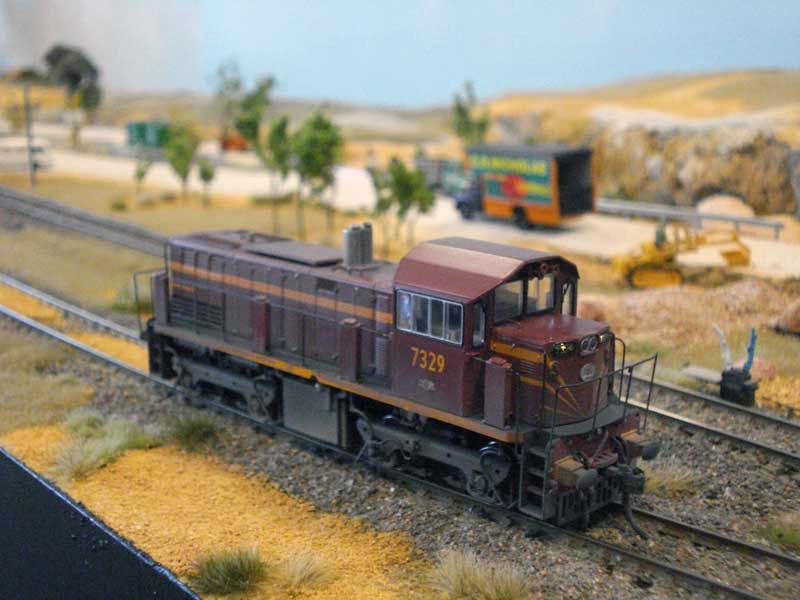 Layout: Western Front 1917 (France, HO scale) - displayed along with an accompanying video of the real WWI trains and railroad construction as part of the NMRA information stand. 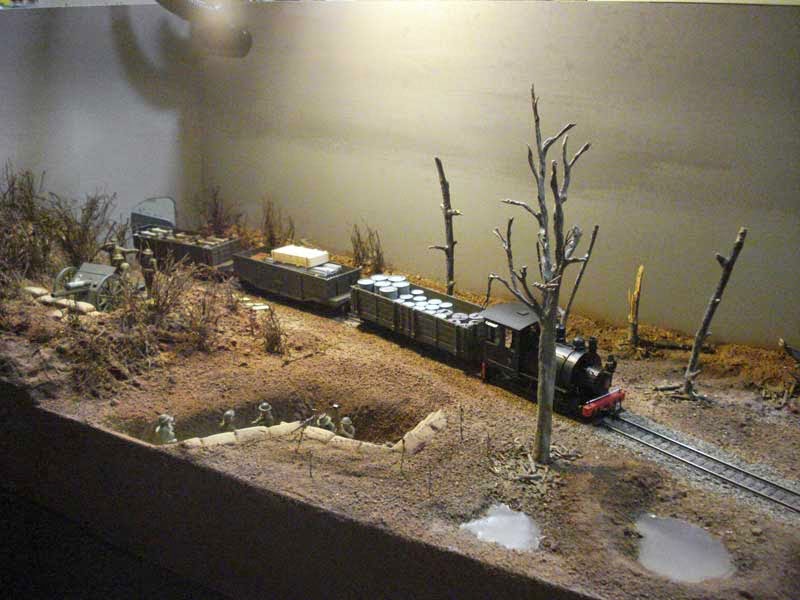 The Canberra Model Railway Expo is on again this year. There will a range of layouts and a good selection of commercial vendors. I know that Micro Models Hobbyland from Hornsby, and Model Railroad Craftsman from Blacktown will be in attendance.

The location of the exhibition is the same as in previous years: University of Canberra High School, 104 Baldwin Drive, Kaleen. Opening hours are 9am-5pm on Saturday (28 March) and 9am-4pm on Sunday (29 March).

Entrance fees are very reasonable: $10 each for adults, $5 each for children and seniors, and family admittance for $20 (two adults and two children).

The National Model Railroad Association (NMRA) will have a stand at the exhibition on both days featuring the WWI diorama/layout of Mr D. Low. The NMRA Australasian Region has good representation around the country these days and the Canberra group is no exception.

At this stage, I am planning on being at the expo on both days from mid-morning onwards. I hope to catch up with modellers then.

Rules and playing the game

As mentioned in my previous blog post, I went to Cancon in Canberra to check out the way in which miniature wargames and even board games use rules to simulate some aspect of reality. It was difficult to follow some of the WWII miniature wargames with the complexities involved but I nevertheless came home with these three rule books to examine at my leisure. 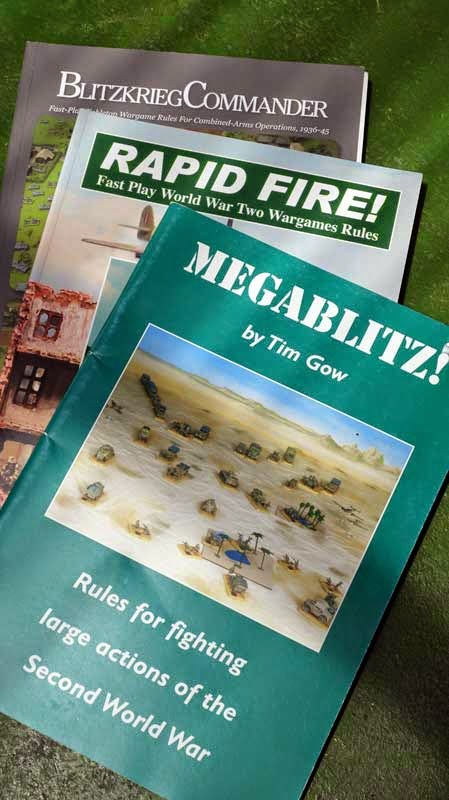 These rule books, and others including the popular Flames of War, seek to represent different conflicts (principally WWII) in terms of geographic location, battle contexts, and military personnel and equipment. Establishing the right combination of personnel and equipment (e.g. number of soldiers and number of tanks) is necessary for each "game". Added complexity comes into play when dealing with levels of experience and resilience to stress in combat situations; psychological aspects that seek to simulate real life situations and add operational interest. Some miniature wargames include aircraft to add another layer of complexity.

The upshot is that these wargames rely on history (and research) for their operational contexts. While not mandatory, having a good understanding of the history enhances the experience of the game. The games also rely on geography and the types of equipment rosters applicable at the time and place. Such characteristics are very similar to those in the model railroad hobby. Also very similar to the model railroading experience is the commercial side of the hobby with various books and magazines, kits, detail parts, hobby tools and accessories, and paints and powders all available at the show.

There are of course some differences between the two hobbies  However, I am more interested in finding out whether aspects of the wargaming experience (e.g. the rules and the "playing") can be applied to enhance the operational enjoyment of model railroads. I need to read more and talk with more wargamers to better understand what they do and how they do it.

That said, I would be interested in hearing from any dual code modellers (wargaming and model railroading) to get their perspective on the operational aspects of both hobbies.
Posted by Brad H. at 14:30 1 comment:

Model railways as a game

Welcome to Armchair Modeller Down Under in 2015.

Last year was a rather quiet year with my time taken up with a number of other activities. I hope this year will allow me some spare time to publish regular posts here and in sister blog, DME Down Under.

One of the themes I want to cover this year is gamification.  Briefly, gamification is the use of game thinking and game mechanics in non-game contexts to engage users in solving problems and increase users' self contributions. In the context of model railways where we seek to draw inspiration from the prototype, I want to investigate some of the thinking around gamification and how other hobbies, such as wargamers, combine elements of gamification with historical or contemporary real life practices. Gamification is also important in other fields such as education and technology development.

In model railways, many of us want to simulate prototype railway operation on our layouts to increase our enjoyment of the hobby and to give a sense of purpose. At the same time, we cannot always exactly replicate the prototype (although there are modellers who aim for such perfection) and therefore compromise prototype operational authenticity to increase modelling potential and other operational practicalities. Gamification is something I am interested in furthering my knowledge about to see if there are elements I can use to increase the enjoyment of my model railway.

And this is one reason why I will be attending Cancon this Australia Day long weekend in Canberra. I will be interested in the different forms of wargaming, in particular the rules and concepts, which underlie the actual playing of the game. As people know, wargaming is often based on an extensive knowledge of historical conflicts with as much enthusiasm and detail as many in the hobby of model railways. There is definitely a connection to history and research that both hobbies share.

In addition, the range of paints and ancillary items for sale at Cancon are of use in both hobbies and are an added bonus. I especially enjoy talking with people about the painting techniques of wargame miniatures which is indeed a very special skill.

So, with this rather offbeat introduction to the year, I hope that you will find this and future blog posts on Armchair Modeller Down Under of continued interest.