Last weekend I attended the Forestville Model Railway Exhibition hosted by the North Shore Railway Modellers' Association (NSRMA). As I hadn't been to the Forestville exhibition for over ten years, I made the trip up to Sydney to see what was on offer. There were sixteen layouts on display and eleven commercial outlets.

The layouts that caught my eye included the following:

Bethungra Spiral (HO scale) from the Epping Model Railway Club. This layout continues to showcase some exceptional rural NSW scenery and the interesting prototype track plan based on the Main South Line at Bethungra. A good selection of trains paraded through the layout during the day. 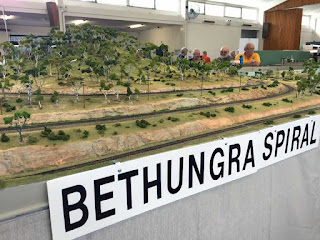 Guildford Model Railway Group exhibited their layout Goulburn (HO scale) which is always a delight to see. The layout is 6.5 metres long and 2.8 metres deep. The main station building is a key feature and looks terrific. Once again, a good variety of trains flowed through Goulburn to keep up the model railway action. Interestingly, this layout runs on traditional DC power. 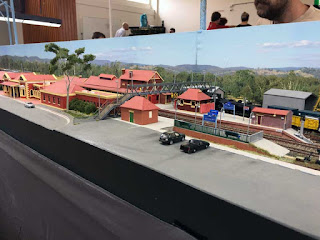 Another large layout was Morewood (HO scale) which features four main lines and ten sidings. This layout was very popular with the kids who loved all the action and colour this layout offered. 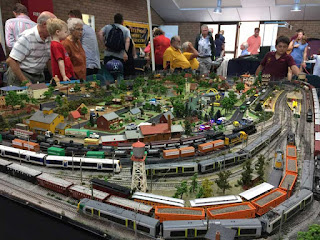 The Yard (HO scale) from Alistair McMaster is a fictional NSW-themed layout featuring a cement plant and associated railway yard facilities. This layout is DCC using the popular NCE system. Peco code 83 track is used throughout, including insulfrog turnouts. The layout provides a good demonstration of sound-chipped NSW diesel locomotives from DCC Solutions. 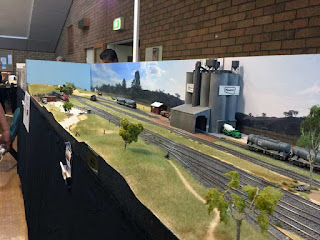 Another NSW-themed layout was Back of Beyond (HO scale). This layout represents a small rural town with a narrow gauge connection supplying logs to the local sawmill. 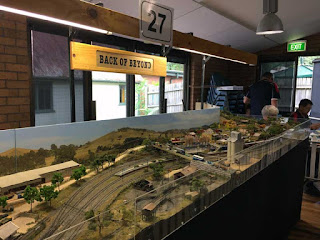 Koolabar (HO scale) represents a fictional NSW branch line from the 1960s. The single main line saw a range of trains crossing at regular intervals to keep the punters interested. 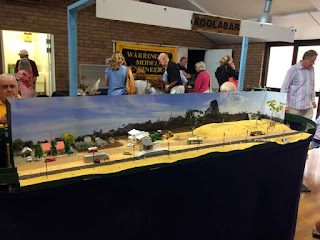 In O scale, the British Uley Junction was a work in progress. The layout is point-to-point based on Great Western Railway (GWR) practice and covers two distinct periods: Edwardian and the 1930s. Buildings that are yet to be constructed had mock-ups in place and this is a good way to visualise things before embarking on scratchbuilding projects. 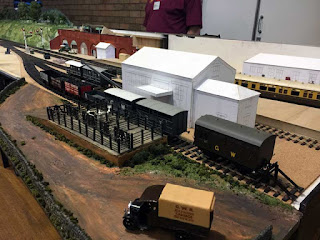 The National Model Railroad Association (NMRA) was represented at the exhibition with the Kansas City West Bottoms layout. This layout is a small switching layout just under three metres in length. The track design allows a good range of switching opportunities to keep the interest of both the operator and the public. 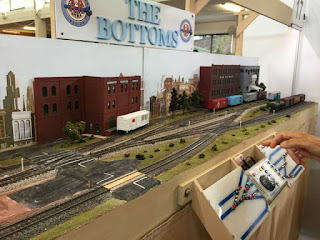 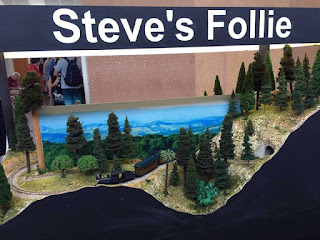 In N scale, there was the 7.5 metres long South Bend and Hilltop from the Hills Model Railway Society which was a very nicely scenicked layout where trains moved between three levels in a folded dog-bone track arrangement. A smaller N scale layout was Mosquito Hill measuring 1.2 metres by .45 metres in length and featuring logging operations. And Waterman's Cove was a US-themed N scale layout featuring a working cable car and multiple tracks in a holiday wonderland.