History and the art of compromise

One of the fascinating aspects of model railways is establishing a sense of history. This is usually accomplished by setting a time and a place. However, if you read layout articles in any of the major model railway magazines, you will invariably come across the introductory "history" of the layout that sets both the time and place, but most importantly, the history and thus the rationale for the layout. 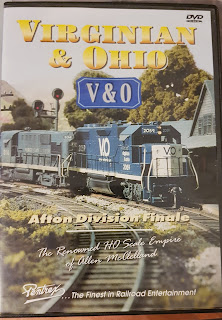 The layout owner is providing an historical context from which the layout comes to life. Modeller's license is a broad registration of bending or recreating history to give credence to the model railway.  Indeed, creating a believable history (accurate or otherwise) is almost as important as creating the layout itself.

There are some layouts that have a very distinct and specific history, (including Jack Burgess and his Yosemite Valley layout, Tony Koester's Nickel Plate St. Louis Division, and Tony Wright's wonderful Little Bytham in rural Lincolnshire (check out Tony's book Modelling the East Coast Main Line in the British Railways Era).

There are other layouts with a prototype history based on real railroads (such as the Rock Island Lines,  and Everard Junction) or fictitious railroads (such as Allen McClelland's Virginian and Ohio Railroad). In that broad category there are proto-freelancers and plain ol' freelancers. What unites them is a shared view of creating a history for their layouts encompassing time and place.

The combination of time and place has always been important to me which is why I love the historical context in model railway layout articles. Studying maps and researching towns and industries is great fun. I have taken considerable time and research to establish the historical bona fides of my US prototype layout set in southern Minnesota but which includes some significant "what ifs" just the same. That said, recent changes to my home layout have forced me to reconsider some of this history.

For example, the new simplified layout has changed direction. The previous version had east to the left and west to the right (which therefore had some intrinsic problems) but now direction is reversed, with east to the right and west to the left. As a result, the traffic pattern has also changed. And, because the main line is much shorter with less towns, the sense of "going somewhere else" is somewhat reduced as a train has only three towns to traverse instead of seven.

All this has meant a slightly different story to the previous version of history I had so assiduously developed over time. At first, this irked me a lot. I had done all this research and now it was being compromised. But hang on - I'd already "compromised history" with my "what if" scenario. My layout is based on a "what if" the CNW had not abandoned a particular branchline and had actually maintained it until purchase by the DME in 1986.

I'd already compromised history by extending my layout period from 1995-96 to 1995-2000. That's a five year gap in which a lot happened in the real world with consequences for my layout. CNW joined Union Pacific, and Burlington Northern and Santa Fe merged. There were also some locomotive lettering changes - DME became Dakota, Minnesota and Eastern. If I was modelling a later period, I'd have to include the addition of the Iowa, Chicago and Eastern (ICE) with the DME in 2002 allowing for a new combination of locomotives. I'd been running unit trains out of Marshall (MN) from the Minnesota Soy Co-operative (MSC) complex with Archer Daniel Midland (ADM) and MSC tank cars despite the fact that ADM didn't purchase MSC until 2002, albeit with a 30% stake in MSC in 1997. And Vera Sun (founded in 2001) with its ethanol facility at Aurora (SD) hadn't been built yet but I run a few of those cars as well.

So where does that leave things?

I think where this leads to is the fact that railway modelling is a set of compromises. Even prototype purists have had to compromise somewhat. No matter what, there are compromises. What is different, however, is to what extent is the compromise and does it make sense to both the layout builder and the operators? And it is here where the historical context for the layout becomes critical.

I confess that creating a believable history within the geography and economics of railroading in model form is one of the most encompassing aspects of the hobby for me. Perhaps it's more in the "thinking space" than the "doing space" (something that close railway modeller friends will chide me for), but it also gives me a greater sense of realism (in my mind) and purpose to what I am doing. And this is what adds to the enjoyment of model railways more than anything else.

How important is "history" to your layout?