I spent an enjoyable weekend attending the 45th Malkara Model Railway and Scale Model Exhibition in Canberra.  The exhibition is a major fundraiser for the Malkara Specialist School in Garran.

There were a number of model railway layouts and associated scale models (ships, doll houses, etc.) to entertain the general public. As a school fundraiser, many of the people going to the Malkara Exhibition do so to support the school rather than as exhibition junkies. As such, it is a pretty useful way of introducing the model railway hobby to people who might not ordinarily go to model railway exhibitions.

The two main commercial outlets at the exhibition were Casula Hobbies and Model Railroad Craftsman. Both of these Sydney-based shops have supported the Malkara Exhibition for many years and I thank them both for coming along each year.

Talking with Joe from Casula Hobbies on Saturday, I realised that it was forty years ago when as a young lad I first went to Casula and met Joe from the newsagency (as it was then) which had begun stocking model railway items, including the early Australian polyurethane kits. I bought a couple of MRC and Friedmont kits. Since my dad and I had driven quite a way to get to Casula, Joe gave my dad a discount on the cost of the models - something both dad and I never forgot. That early encouragement was the precursor to four decades of involvement in the hobby for me. Thanks again Joe!

Here are some layouts that caught my eye over the weekend.

The Epping Model Railway Club, a traditional supporter of the Malkara Exhibition, exhibited the massive layout Bethungra Spiral (HO scale). Watching trains snake their way around the spiral among the hills and the trees is truly awe-inspiring. 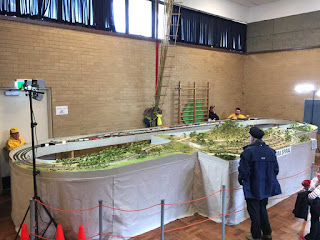 Another long-time supporter is the Illawarra Model Railway Association. This time they were exhibiting Kelly River (HO scale). The feature of this layout is the operating bascule bridge which always draws a crowd. 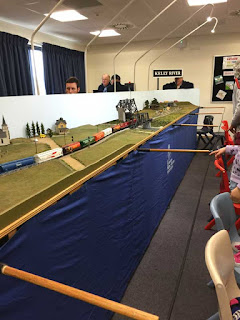 The ACT Scale Model Society, who organise the exhibition with the Malkara School, had Yendys (HO scale) on show. Despite having seen this layout many times now, I always enjoy this layout. 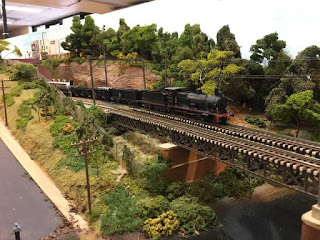 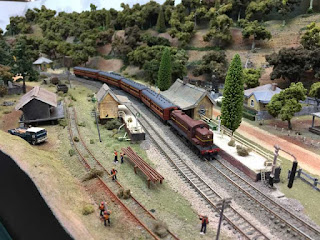 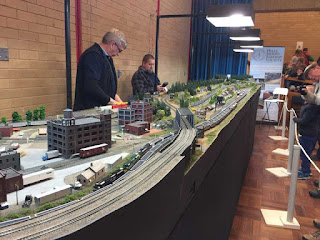 The Guildford Model Railway Group had their exhibition layout, Goulburn (HO scale), on show. I very much like this layout. They have really captured the look of the wonderful Goulburn station buildings. There is always plenty of mainline Australian action on this layout. 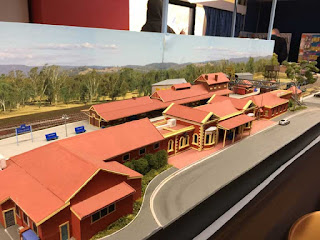 Another club layout, this time from the Sydney Model Railway Society, was Mungo Scott (HO scale). This layout is based on the iconic flour mill on the Metropolitan Goods line in Sydney that ran between Dulwich Hill and Darling Harbour. Now the line is part of the Sydney urban transport network. 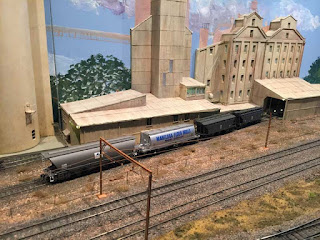 But for me, my favourite layout (and the first time I had seen this layout) was the beautifully presented "Inglenook" layout called Rozelle Street (HO scale). I freely admit to being a fan of "Inglenook" layouts and this was no exception. Well done Ben! 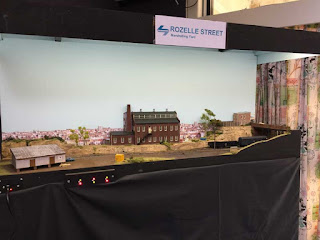 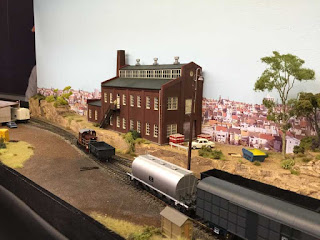 I also had a great time catching up with friends and fellow railway modellers, plus the odd purchase or two (or three) items that is always a must at these type of events. Thanks to the organisers, exhibitors, and retailers for making the weekend such an enjoyable experience.
Posted by Brad H. at 19:21