Congratulations to the Epping Model Railway Club for an absolutely fantastic model railway exhibition at Rosehill racecourse. After two false starts in 2020 and 2021 because of Covid-19, it was great to have this exhibition back in business as it is truly one of the best in the country.

This exhibition was a two day affair instead of the usual three day exhibition. Talking to exhibitors, they were pretty happy with a two day event. I don't know what the patronage was over the weekend, but on Saturday when I attended it was pretty busy, both inside the second hand section and the the exhibition proper. The venue (and the sunny weather) was excellent with good lighting, plenty of aisle space and a great range of layouts and commercial stands.

I had pre-booked and entry mid-morning Saturday was easy. The $20 entry fee, at first glance, seemed a bit high but everything seems to be expensive at the moment. That said, when I consider I was there for about five hours, enjoyed the layouts and catching up with people, then a $20 entry fee was good value.

Before I go any further, let's see a sample of some of the layouts on show.

First up is Yendys (HO scale) from the ACT Model Railway Society. As you can see from the exhibition plaques in the second photo below, this layout has done a lot of shows. It is a very good layout and always worth a good look. As always, click on the image to expand. 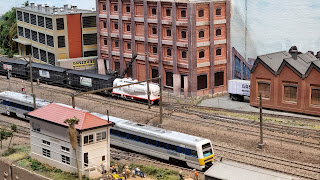 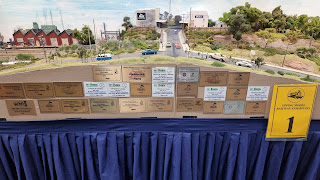 Next up was the Peterborough Line, an interesting layout with separate vignettes showing the Light River bridge (photos) and Tarlee. The layout is HO scale and set in the 1982-86 era when Australian National trains plied the rails. I look forward to seeing further developments on this layout in the future. 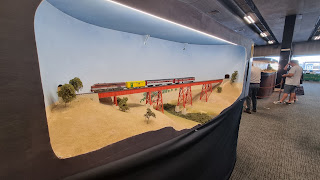 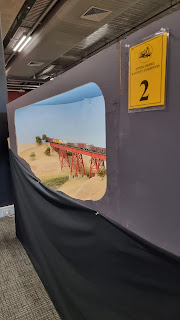 The popular Binalong layout (HO scale) from the Epping Model Railway Club made another exhibition appearance. This layout is always a pleasure to view. 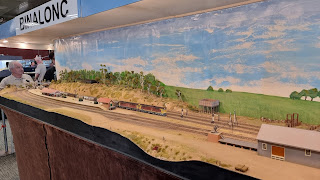 Widgeree (N scale) was a new layout to me and one that packs a lot of model railway into a scene. The layout is from the Sydney N Scale Model Railway Club. The layout is based on a small country town in the goldfields region of Victoria on the Castlemaine to Maryborough line in the early 1980s. The layout showcases a wide range of locos and rolling stock from club members. 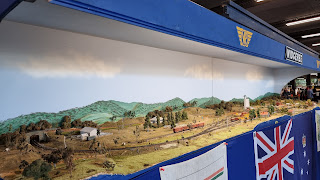 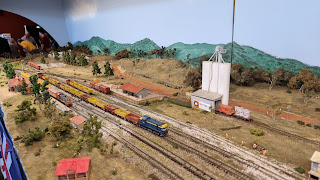 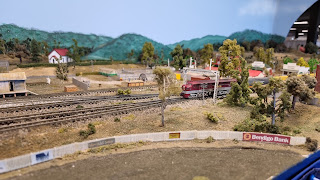 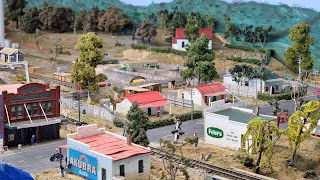 The Canadian-themed Cheakamus Canyon in HO scale was an amazing layout set in the mountains of British Columbia. The layout features a number of bridge scenes, all based on real locations. The scenery was built using plaster castings on a foam base. The enormity of the scenic areas really place the trains in context. The layout was featured in the December 2021 issue of Continental Modeller. This layout is one to look out for at future exhibitions. 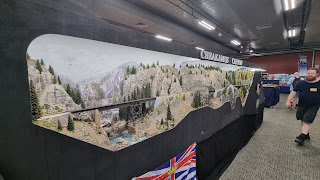 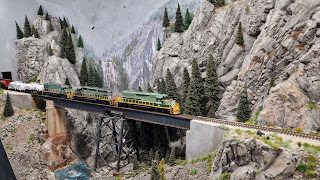 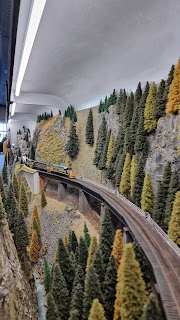 One of the highlights was the HO scale layout Burrowa. This layout is now 30' long (just over 9 metres) and well-scenicked using static grass and various coloured fibres. The slow pace of this branch line replicates the prototype nicely. The layout modules are are constructed using aluminium frames with plywood and foam superstructure. The station and associated buildings were all scratchbuilt, save for the S008 grain silos. The control panel uses the DCC Concepts Alpha Central for switching the points. I really love this layout and enjoyed talking to Peter, the owner/builder, about its construction. 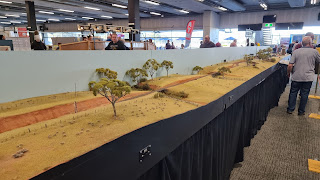 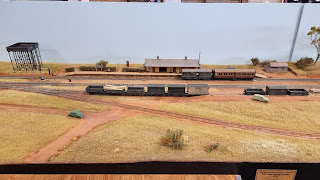 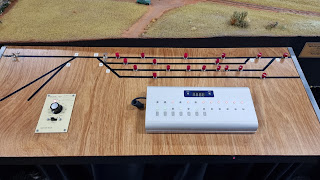 In contrast by size, my other favourite layout was the wonderful Cass layout (HO scale) set in the mountains of West Virginia, USA, located a "ways up" the Chesapeake & Ohio Greenbrier Division. This layout was new to me. The layout featured shay lumber workings of the Cass, and then later, Mower Lumber companies. Note in the photos below the wonderful shay (brass) and how the right side of the layout extends back deep to give the layout a strong sense of depth but within a relatively small amount of space. The layout was constructed dusing Qubelok aluminium and foam core board which makes this layout light and easy to transport. This layout was superb. 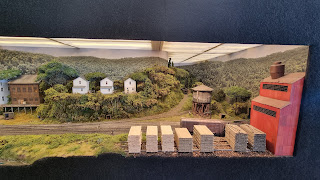 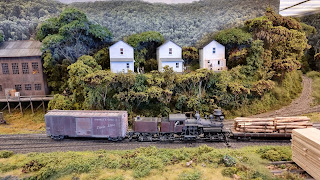 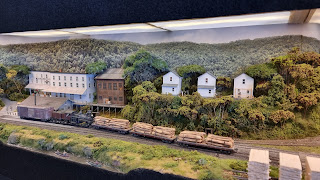 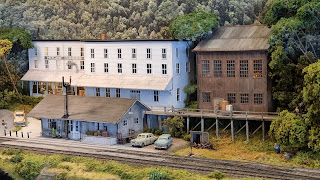 Another layout I saw for the first time was the Queensland Railways HOn31/2 Walloon from the Logan District Model Railway Club. The layout is set in the 1960-80 period with a good variety of locos and rolling stock. In particular, the station buildings and the church were very nicely made and contributed to the realism of the associated scenery. 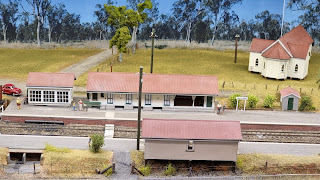 Another layout I was very impressed with was Over the Fence (NSW, HO scale). This layout is loosely modelled on Adamstown (including the station). The layout features some wonderful suburban houses and cameo scenes which we've come to expect from the layout builders in the now familiar perspex display mode. The railway line literally passes these houses "over the fence". All the buildings and structures were scratchbuilt using styrene. The different houses and rooflines are exceptional. 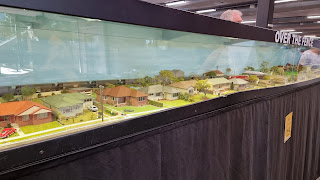 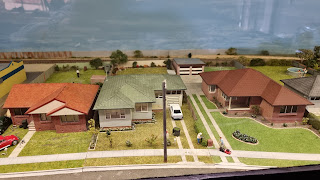 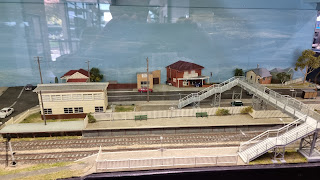 Stay tuned for the second instalment later in the week for the completion of the exhibition report and associated layout photos. But once again, thanks to the Epping MRC for an exceptional day.